Recently, I was caught in a commercial for Insta, and I was able to catch a commercial for “I’m going to be king” and it’s a “one piece” pakri?I’m playing a mobile game like that. To summarize the contents of the game briefly, it is a simulated game of the Chinese Qing Dynasty official life.

What i’m worried about is the system of beautiful women and the guests.All characters are people who are historical or in classical novels.The gate guest and the beautiful woman are linked one-on-one, and the status of the considerable gate visitor is strengthened when the relation between oneself and the beautiful woman is deepened.So, it is different even if the woman of the gate customer acquaintance is a character (NTR feeling is not half-hearted ww), and I thought that it was a difficult setting.(In fact, there are a lot of stringing that does not make sense, and the beauty equivalent to Miyamoto Musashi passes)

I examined the linking of Su-an and Takenori Ten in it.

Soshoku 1037-1101 was also a considerable politician in the North Korean era of China, but he also achieved brilliant achievements in all genres as a writer of the greatest generation.He was also an excellent calligrapher and painter in other fields of art, and was well-informed in music. by -wiki

Bu Sokuten is the only empress in Chinese history.She became empress of The Tang’s Gaozong and later built the Wuzhou dynasty in place of Tang.The rose is a light.In Japan, it is often referred to as “Sokutenbuko”, but this name is a name that emphasizes the fact that she was buried with the Empress’s will by her own will.Since ancient times, it has been called “Noriten” and the first and last name without clarifying, but in present-day China, it is common to call it “Takenoriten” under the name of the surname. by -wiki

It seems that the person named SuMido, which is the ancestor of Su-an, has become a prime minister under Takenori Heaven.(I’ll do it, developer) If you think it’s a completely silly game, you’re surprisingly fine.Miyamoto Musashi and Michi may actually have a relationship that people do not know. 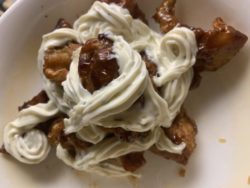